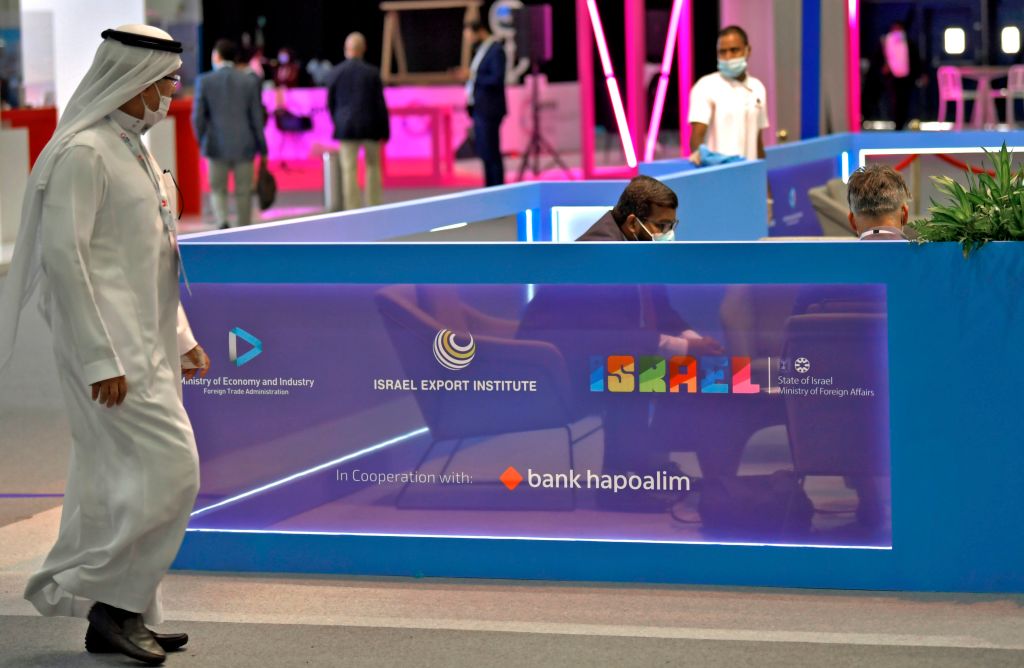 Following the normalization of relationship between Israel, and Dubai, United Arab Emirates, Israeli companies participated for the first time, officially introducing technology from the ‘startup nation’ to the GCC market.

The involvement follows the Abraham Accords agreement between the UAE and Israel signed in September 2020 to normalise ties. Trade, travel and even telephone communication between the two countries were restricted before this.

One of the Israeli companies attracted to Dubai was Kramer Electronics, which manufactures professional audio/video (AV) products. Kramer’s range includes input and output devices like screens, video walls, microphones, and cameras, as well as the connecting products, from cable connectors extenders, routers, switches, amplifiers, converters, signal processors, and others.

On top of that, the company has added layers of applications such as wireless collaboration and presentation, control, network management, group scheduling, and more. Headquartered in Jerusalem, the company maintains 20 offices around the world and employs 500 people, half in Israel and half scattered across its global offices.

“The UAE was a market where we were unable to operate despite many local companies in the UAE being eager to work with Kramer based on interactions at industry events like IFC and InfoComm,” says Samuel Bonomo, executive VP at Kramer.

“Everything happened very quickly once the normalisation of the relationship between Israel and the UAE was announced. In less than three months, we received a wave of inquiries from companies that wanted to sell, buy and integrate our products here,” Bonomo explains.

Within that time, Bonomo says the company managed to open discussions with over 10 companies. Two weeks later, Kramer signed an exclusive distributorship deal with Abcom Distribution, part of a UAE-based technology company called Almoe. Kramer exhibited at the Almoe stand at Gitex.

“The UAE and Israel were very keen to work together; we just needed opening up to allow the current state of cooperation to take place,” says Bonomo.

“I am very impressed in the way technology has been driving the development of both industry and services in this country. The UAE is very keen to attain even more technology, and hopefully, Israel will be able to provide some of that,” he adds.

The UAE, with its mercurial real estate developers, was a natural destination for the company soon after the peace accord was in place, according to BuiltUp Ventures managing partner Oded Eliashiv.

BuiltUp Ventures was formed in 2019, bringing together experts in both real estate and technology from Israel and the US. “Israel is a place where technology thrives, whether it’s big data, AI or blockchain. For us, it’s all about wrapping these technologies and providing a solution to the real estate sector, which has traditionally been very conservative. As pioneers of proptech in Israel, it only made sense that we come to Dubai and the UAE, where real estate is a major industry,” Eliashiv says.

The next stage for BuiltUp Ventures is to build a hub in the UAE with partners and use that as a launching pad for the rest of the Middle East and Africa, he adds.

Digitisation
The real estate industry has almost been impervious to digital technology; but not anymore, says Eliashiv. “Real estate developers and other stakeholders within the real estate understand there is a place for innovation.”

However, this doesn’t mean that all the people and processes will immediately be replaced by robots, analytics, AI, and other artificial intelligence. “There must be some level of balance in how you introduce innovation. You can’t force technology; it has to be adopted at all levels of the organisation. Ultimately, it’s about understanding the organisation and its needs, the issues it faces, and at the end of the day, you need to find the area where you bring better ROI,” says,  Eliashiv.

The real estate sector is comprised of a myriad of stakeholders, each with their own processes. Breaking down these siloes is key to digitising the industry.

MyTower, backed by BuiltUp Ventures, is an example of a platform designed to break down these barriers. “There are properties with 20 different software solutions and dashboards.

That is not something that can be managed easily. MyTower brings all these components together to provide a single point of reference, where developers can manage resident affairs, IoT, consumer services as well generate new revenue streams,” Eliashiv says.

“This is why localisation is key – you have to work side by side with regulators to understand who the service providers are, communicate with utilities, etc,” he adds.

Other industries such as fintech and healthcare offer a ready template of how technology can streamline entire industries, Eliashiv observes.

Also, the AV industry is embracing digitisation. In the same vein, audio and video are steadily becoming an application in IP networks. Kramer has developed the products that enable the use of applications for signal management that’s currently done with hardware. Bonomo explains by saying the following “However, this is a process that takes time and is not always economically viable, depending on the configuration of the system and its size,”.

Kramer has also added other applications to its systems, in areas such as wireless presentation and collaboration. For instance, in a classroom or boardroom setting, all the participants connected to the wifi essentially turn into a collaborative team. They can share files, presentations, and can each take turns being the presenter, as well as download and upload chats, Bonomo explains.

A typical AV system will contain multiple devices, all of which have to be controlled. “We have developed an application that enables control through a simple touch panel or even a mobile device,” he says.

Another digital application is the integration of meetings with room booking and scheduling so that users can integrate video platforms and systems with their Outlook or calendar, turning meetings, scheduling and booking of the rooms as part of that same integrated system, explains Bonomo.

Because of Covid-19 restrictions, Kramer has also developed technology that enables lecturers to present classes for both students present physically in the classroom as well as integrate apps such as Zoom to teach remote students.

The application is delivered in such a way that the lecturer simply connects their laptop and pushes a button, with connections to the projector, the audio system and wifi done automatically. This type of automation has become necessary because teachers are not necessarily tech-savvy but need to deliver education in the era of distance learning, Bonomo says.

Israel tech
With over 6,000 active startups and an economy dominated by industrial high-tech and entrepreneurship, Israel is, for good reason, referred to as the ‘startup nation’. In 2019, Israel was ranked the world’s fifth most innovative country by the Bloomberg Innovation Index. It ranks 13th in the world for scientific output as measured by the number of scientific publications per million citizens.

Of these startups, 300 are in automotive. One of them is REE Automotive, which develops and manufactures modular electric vehicle (EV) platforms.

“This is a very interesting segment to be in,” says Keren Shemesh, CMO at Ree Automotive. “Israel is not an automotive nation; we don’t have any vehicle OEMs here. So, it’s amazing we are building the next generation of electric mobility here,” she adds.

Back in 2013, the founders of Ree could foresee where mobility was headed. They decided to focus on platforms for last-mile and mid-mile delivery as well as EV shuttles. “There’s an irreversible decline in car ownership in favour of shared mobility or mobility as a service,” says Shemesh.

As a part of Dubai’s Smart City strategy, the emirate has stated that “by 2030, 25 percent of all transportation trips in Dubai will be smart and driverless.”

“We met officials from Dubai’s RTA and learned their vision of mobility driven by AI and data capabilities,’ says Shemesh.

Ree’s technology evolution is the ability to install the drivetrain, powertrain, the steering, the motor, the data unit sensors and AI into the arch of the wheel, which the company refers to as “corners”.

This approach enables a fully flat chassis from end to end, offering more space for batteries. There is also no mechanical connection between those wheels. The modular approach means the dimension of the chassis can be changed. “We can build any type of platform for any type of usage on top of the modular flat platform,” Shemesh explains.

For example, the smallest platform, the 2-tonne P2 is the size of a smart car, which ordinarily carries two seats. But integrating all the components in the wheel creates extra space, which allows the P2 to accommodate four seats.

Ree also makes the P1 platform for last-mile delivery vehicles idea for narrow streets in busy cities onto which OEMs can build any type of capsule or any type of body.

The vehicles can be controlled by a human driver or a computer, Shemesh says.

The P1, the P2 and the P6 are all sitting on the same corner specification. “This becomes very efficient in terms of manufacturing and integration,” she explains.

Ree has already announced partnerships with Japanese Hino and India’s Mahindra to use the company’s platforms in various specifications.

“Research shows a consistent decline in the internal combustion engines (ICE) while EVs show a steady rise in demand over the next decade,” she adds.

It is still early days in the UAE-Israel relations, with both sides exploring the prospects. However, Gitex 2020 showed how these two nations can mutually benefit from opportunities that the new economy is bringing.