He continued by saying that, “The shipment passed all the relevant checks. We’re very proud to be the first to export the first avocado shipment to Dubai. We hope for continued fruitful cooperation between Israel and the Emirates.” 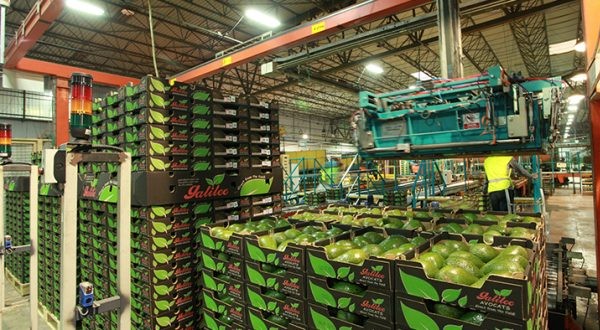 Before the shipment began, there were series of secret meetings between the UAE authorities and the Israeli Minister of Agriculture and Rural Development, Mr Alon Schuster, and his office director, Dr. Nahum Itzkovich. Following the underground relationship normalization meetings, Israel received official approval from the UAE to export fresh agricultural produce and propagating material (including seeds) from Israel to the Emirates.

This peace agreement between Israel and UAE came as a huge surprise to everyone in Israel. “Nobody expected it,” admits Eitan. “The UAE is the gateway to Saudi Arabia and surrounding countries. There’s great potential in that area. We have to work toward getting the right contacts there.”

“There is the same competition – Mexico and Colombia – there as in Europe. We have to find the right clients for the right prices and quality. We’d like to reach the stage of exporting 200 tons of avocado to the UAE,” says Mr Ziv, Marketing VP at Galillee.

Following this UAE-Israel Peace Agreement deal, the huge market that comes with it represents an important addition for the Israeli company. “Especially since we don’t have many other opportunities. It’s impossible for us to get into America. China and India are currently closed for Israeli products. Japan is open, but it’s a challenge for us to get there, logistically. Now, finally, we have another market.”

Dates
The Israeli Marketing VP at Galillee, Mr Eitan sees chances for other products too. Because, it was not only avocados that were sent to the Emirates. Israeli Agro companies also sent citrus fruits, pomegranates, and 200kg of Medjool dates. In his words “We need to introduce people there to Medjool dates. It’s sometimes more difficult to penetrate markets that are used to certain products.”

“There is some demand for citrus, red grapefruit, and pomegranates. Although it’s not mango season now, I see a lot of potential for this product in the UAE. I think that will be the second major product to be sent there.”, he added. 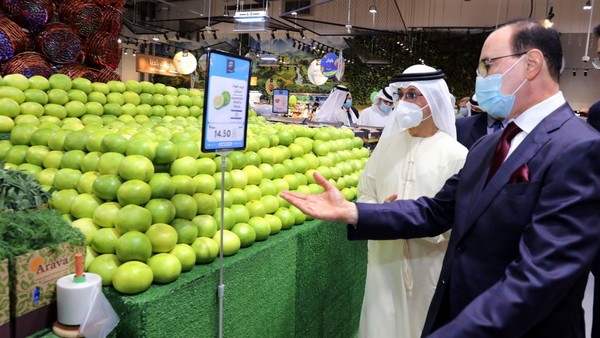 However, before this major feat – The UAR-Israel Peace Agreement – , The first-ever display of Israeli produce was opened at Dubai’s Fresh Market last weekend too. Another positive to this is that this market plays a crucial role in raising Dubai’s position as a regional trading hub for local and imported produce. The introduction of Israeli produce does not only adds to Dubai’s drive to diversify imported produce sources in the Emirates, but also a great way and effort at normalizing relationship with Tel Aviv, knowing full well that both countries have been arch-enemies for decades in the past.

He continued, “Together with our colleagues in Dubai, we’re starting to see the ‘fruits of peace’ today. The export of fresh agricultural products from Israel to the UAE market has a significant advantage. [This is because of its] geographical closeness and the speed with which products can be transported.” 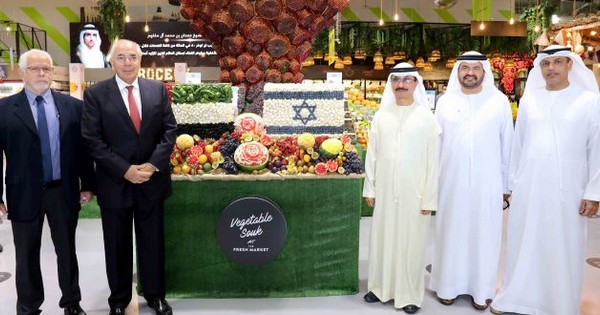 These products can go directly to markets in the UAE and its other neighboring regions. Fogel said, “Within a few hours of picking, the fresh produce can reach points of sale. Israeli agriculture is highly advanced, and we’re confident that everyone will enjoy our products,.” He further added that Carmel Agrexco intends to invest in agricultural farms in the UAE, incorporating the latest agro-technology innovations.

But, before this formal peace deal,  one other Israeli company, Ben-Dor Fruits, has been exporting its products to the UAE for many years. This was possible because of its farms and licensees around the world. “We’ve been doing this for a while from other territories,” says Ido Ben Dor, Ben-Dor Fruits’ Orchard and Breeding Manager.

‘More interesting’
Following UAE-Israel Peace Agreement(UAE, Israel peace deal), Mr Ido said, “But now it will be more interesting since we’ll work directly from our Israeli farm’s production. There are few things Israeli products can compete with, price-wise. There’s room to do business, especially with the Israeli products’ superior quality and niche products.”

“Distance is also a factor in favor of Israeli production,” Mr Ido added. ”There’s a lot of hubbub at the moment – middlemen trying to establish connections; exclusivity announcements around the new opportunities between the two countries. However, ultimately, sustainable trading will be based on quality and pricing.”

Ben-Dor Fruits has a good long-term, respected relationship with their partners in UAE. “We supply yearly programs from our farms around the world. Quality and flavor are our clients’ main criteria. For the coming season, we’ll start supplying from Israel.”

Great export potential
Ido sees excellent export potential for his company. “I was delighted to hear the news of the peace agreement. Not only because of the business potential it brings, but because, here in the Middle East, many barriers need to be overcome. This is a step closer towards peace in the region.”

In the past year, Ben-Dor Fruits started a new project. They want to grow varieties that can withstand the hottest temperatures within the UAE territory. “This initiative started well before the peace talks.”

“But, since the normalization of diplomatic relations, things became easier to manage. The purpose is to find the best species and varieties to grow commercially. As we say in Israel, we want to ‘forest the desert’,” concludes Ben Dor.

Our take is that peace brings development and opportunities. We praise the parties that brokered the UAE-Israel Peace Agreement deal between Israel and the United Arab Emirates, for they have done wonderfully well, this latest peace deal between the UAE and Israel will go a long way in promoting trade and investments between the two countries. In addition, we hope and pray that it last till the end of time. Thank you for reading.